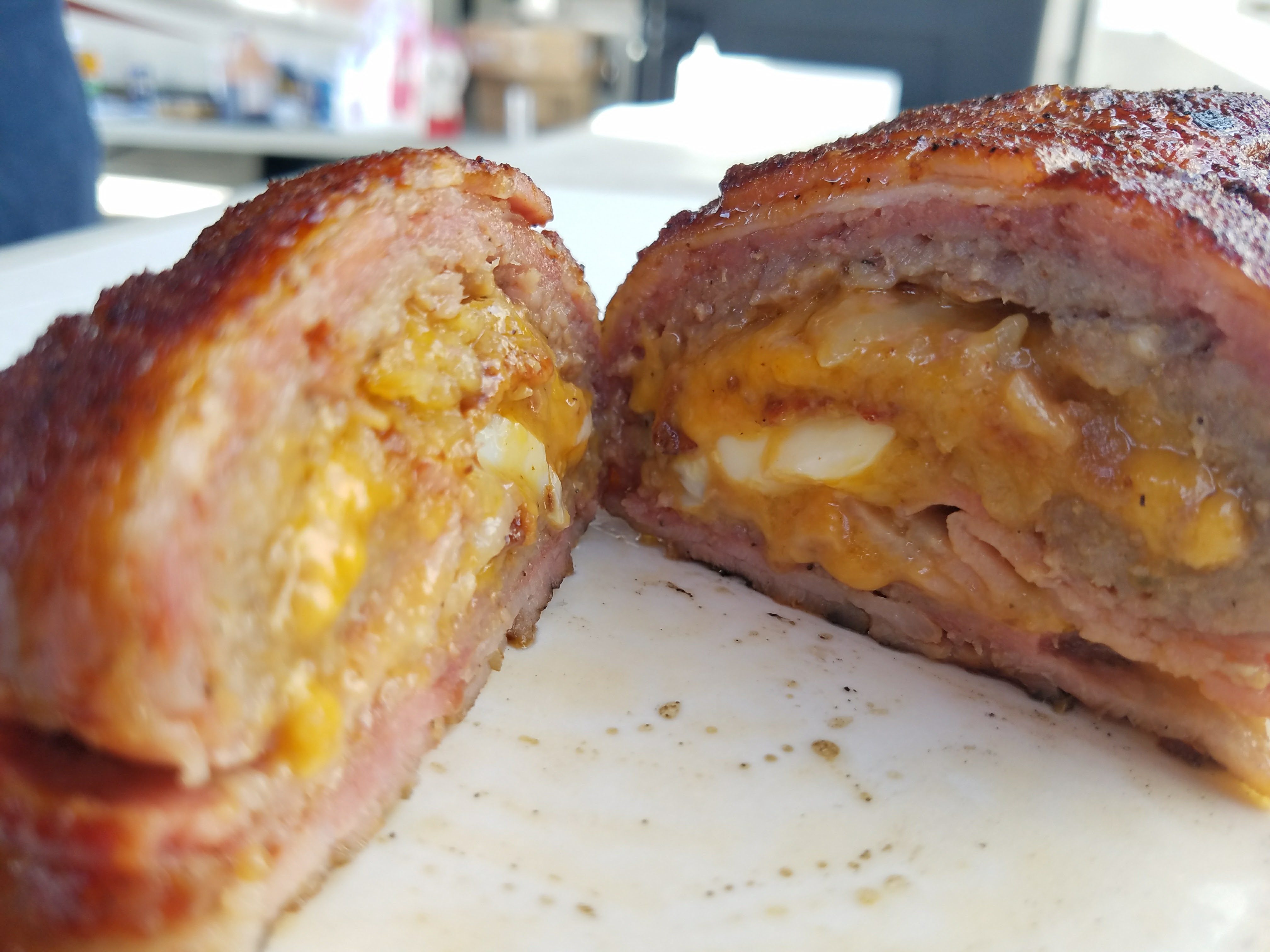 Every American Royal we take some time to cook up a lot of random goodness to kill the dead time we have. This year was no different and we decided to take our own spin on The Bacon Explosion from our friends over at Burnt Finger BBQ (Thanks Yall) cooking the Bacon Brunch Explosion.

For our Friday morning breakfast, Chuff and I decided to provide the guys with a special treat to fill’em up in prep for the American Royal Invitational and hopefully help fight off the hangover. We started making the Bacon Brunch Explosion, or “heart attack casserole” as we described it, about 8AM for a late morning feeding. This sucker had it all, consisting of all your breakfast staples bacon, sausage, eggs hash browns and cheese rolled up in a bacon loaf.

We cooked this on the Jambo, so keep in mind the timing on your smoker could be a little bit different. Watch your temperatures. Smoked with Hickory and Oak.

Let us know what you think, tag us on instagram with #socialBBQ.

We smoke it on our Jambo Pit for 2-3 hours or until bacon looks crisp.

When you get the Bacon explosion on the smoker, dust it one more time with Rub for good measure.

Crosshatch the Bacon like so and roll up the The Bacon Brunch Explosion filled with Breakfast staples bacon, sausage, eggs hash browns and cheese rolled up in a bacon loaf.

More posts by Kevin Will

Get discounts, special recipes and how to’s directly to your inbox. Members receive lifetime FREE SHIPPING!